You probably remember the childhood game:

It’s vision season.  Whether your organization runs on a calendar year or not, the turning of a new year probably makes you think about rallying your organization to pursue new achievements.  That’s smart. For most people, that means a deck.  I think that’s less smart.

Here’s why: Powerpoint too often lends itself to bullet points.  Remember, bullets are generally to designed to shoot things dead.  I think they often shoot your vision message dead too.  How many presentations have you sat through this past month (or week!?!?) filled with bullets? And what do you want to do? Go ahead and confess, you desperately want to check your Blackberry/iPhone/Droid.  (I wrote some time ago why I don’t generally recommend that.)

Here’s a fact: Humans learn better, faster, and more enjoyably through pictures. Why do many of our street signs feature pictograms? Because you can easily interpret them at 70 mph.  As I discovered in my graduate school thesis, this is true about word pictures (metaphors) too. 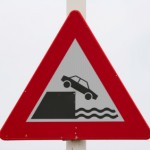 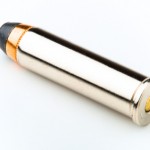 But Powerpoint lets you do graphics, right? Yes, but I believe pictures are more engaging when they’re organic – dare I say human – and there’s nothing like a hand-drawn picture evolving before your eyes to keep someone engaged.  Your mind is saying, “Hey, what is that guy drawing? What’s coming next? Yes, he’s a lousy artist, but I’m now watching and waiting to see what flows from the pen…”

This is much better than, “I’m going to paste this interested look on my face until this fool finishes his deck… I wonder if Bob sent me that email… You know, Bob’s an idiot… Maybe next fall we should bob for apples…” You get the idea.

But you stink at drawing? I promise you, I’m worse.  It doesn’t matter.  Get your ideas down and people will forgive comically poor artistry.  They’ll get the point. And that’s what counts.