Why the Why’s Matter 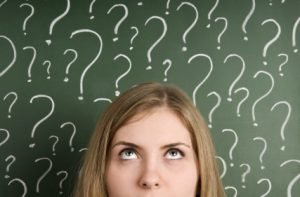 A lot of people think that the leader’s job is to make tough strategic decisions and then to communicate them out to the organization.  That’s true, but if we stop with the “what” part of that message, we might just come up short.

Here’s an example: Anyone riding United or Continental Airlines these days gets a regular dose of CEO Jeff Smisek’s cheerful video message proclaiming that “you’ll like where we land.” And those of us who fly them certainly hope that this is the case.

In the meantime… we have the immense complexity of merging two very, very large organizations. Any merger like that involves countless decisions and communication plans out to the front line.

Two weeks ago, I was flying from Chicago to Boston and was seated in an exit row – seat 20B (yes, I was thrilled to have that middle seat).  Standing at the edge of first class (Row 2), I looked at the rows of empty seats and did a quick calculation of the number of rows between my position and the exit row.  There may have been 10 rows, but not the 18 I expected.

I immediately thought I had made a terrible mistake and boarded the wrong plane. Then I noticed the strangest thing about the row numbers.  The first row of coach (where I expected to see row 3) was numbered “6”. The row right in front of row 20 was row 12.

I’ve flown United for 20+ years and hundreds of thousands of miles. I’ve never seen this. So, blessed with an equipment delay (!), I decided to make conversation with the flight attendant.

When we fail to give the why’s, our front line employees have to a) make it up, b) look dumb, or c) make us look dumb. None are good options.  But one thing is for sure, all of us – customers, employees, leaders, partners – want to know why.

What needs a little more why in your organization? (Hint: Ask a front-line employee.)