How To Be an Ally Without Being a Chump

A while back, I wrote a piece arguing that we should act like Allies instead of Critics with our colleagues. I know you may have been thinking, “But you don’t work with this one scumbag at our company. There’s no way he’d be an Ally. And if I act like an Ally with him, I’ll end up just being a Chump.” 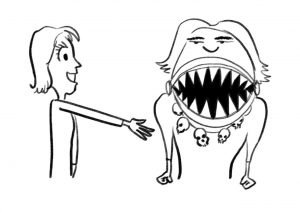 No doubt, there are special cases where a particular colleague defies your attempts to be an Ally. They may not have it in their mental models that being an ally is even possible in a work setting. They may believe that work is a big reality TV show and that they have no real choice but to survive at your expense.

Even in this situation, you do have options besides reverting to being a jerk at work:

One last thing: I’m definitely not saying that anyone should put up with abusive colleagues or that a difficult person is the same as exploitive and abusive behavior. Let’s call those things what they are: completely unacceptable.

But if your colleague is temperamental or troublesome instead of exploitive or abusive, these may be strategies you can use to deal with them while becoming the person you were created to be. And that would make the hardship worth something.