Elton John was right all those years ago: Sorry really is the hardest word. At least, it’s hard to say without coming off lame. Ask any number of public figures who have tried and failed recently.  “I’m sorry if you were offended,” is probably the most commonly used lame apology. In England where I lived for a couple of years, this poor excuse for an apology usually sounds like “we’re sorry for any offence caused,” making it sound like some shadowy third party caused the apology. Not me. Not us.

I’ve done my share of poor apologies and I’ve seen the look of confusion, outrage, 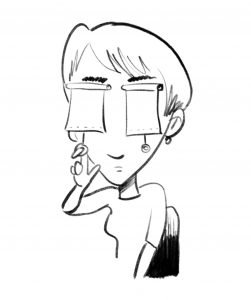 or just numbness on the other person’s face.  Not long ago, I got on a roll in a meeting and steamrolled a younger member of a client team in front of a larger group. Though I was factually correct in what I said, I was quite simply an ass in how I said it. I knew it immediately by the way the shades came down over her face. She went from engaged in the conversation to checked out, just waiting for this middle aged dude to get out of her face so that she could get back to doing something useful.

I faced that choice we all face when we realize we’ve been a dope. I could ignore the injury, make a lame apology, or do the hard work of repairing the relationship. In the heat of the moment, I chose a mashup of ignoring and lame apology. And that’s why the shades didn’t only roll down but got locked in place.

In truth, I didn’t mean to offer a lame apology. I just didn’t want to say I was sorry for everything that had happened. In my mind, my intent in the situation had been noble. I was trying to be sure that my client’s group made a solid decision. And while falling on my sword in front of that group might have mollified this woman, my “I want to be honest and correct” brain repelled the idea.

Soon I was the confused one. What started out trying to be both conciliatory and honest ended up just being awkward. Which made me want to shut my big trap and not bother apologizing at all. Ever again. To anyone. So there.

I knew swearing off apologies was probably not the best idea. Instead, I went to my live-in marriage therapist – who happens to be my wife – for advice. She has a lot of experience with lame apologies, both mine and those of clients stumbling through apologies with their life partners. How, I asked her, does a dude actually get across an apology that is both effective and honest?

She smiled at me knowingly and said, “Why that’s simple. But not necessarily easy. You might want to take notes.” Well, then.

What follows is my cliff notes version of how to apologize like a decent human being. Note: My color commentary is not Therapist-Approved. I apologize in advance to The Therapist for any liberties taken. I’m just a dude.

You might be wondering, if it’s so simple, why is apologizing so difficult, especially for leaders? Maybe it’s because most leadership teams have unwritten rules about admitting you’re wrong. Being wrong is seen as weakness. And weakness is dangerous in a competitive environment where your status in the group – and your ultimate value in your work world – ride on being right and winning.

This makes constructive apologies really difficult. It means asking your brain a question that the reflexive “I want to smack this person in the nose” part of your brain simply can’t answer. Something like “what legitimate goal is this person really trying to accomplish here and how can I help them get it?” works pretty well.

You might also be saying, “But I had to do what I did! It was the right thing to do and I’d do the same thing again if faced with a similar situation. I can’t always make everyone happy.”

Yup, this happens plenty. However, it doesn’t prevent you from sincerely saying “I’m sorry that my actions hurt/angered/inconvenienced you. There are plenty of reasons why I took those actions but they probably don’t matter to you right now. And I want you to know that I’d never intend to hurt you. ”

As uncomfortable as apologies might be, we should wrap our arms around these situations and give them big hugs. Apologies are a sign of acceptance that something went less than perfectly. Well-handled apologies teach a team that they can be imperfect and it will still be OK. All of the best research on productive teams says that they work better when team members don’t fear being wrong. Creativity blossoms. Transparency increases. Outcomes improve because team members don’t hide. 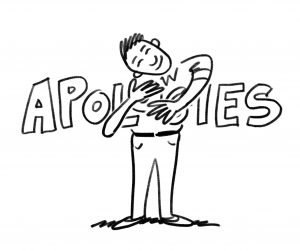 Pride goes before a fall. Humility, perhaps best exemplified by the ability to apologize well, goes before trust, authenticity, and success. Build those practices into your leadership team and you’ll be able to face just about anything head on. Over time that will create a sense of momentum that will be contagious to all who come in contact with you. You’ll also become the kind of person who you’d want on your own team.

Who knew that being wrong could be so useful?