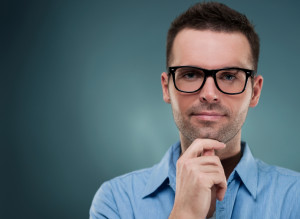 Smart, Good, or Both?

Jim Collins starts his classic, Good to Great, by saying “Good is the enemy of Great.”  I love Collins’ books but I’d like to suggest a 2014 corollary to his comments. Today, Smart is often seen as the enemy of Good, as in Goodness. And personally I’d love to see a resurgence of Goodness.

In my work, I get to observe CEOs, founders, GMs, and key functional leaders up close and personal. As I work on strategy and organizational effectiveness, I see the inner workings of organizations. People come to trust me and tell me what really happens on the inside.

One thing I’ve noticed in the past few years is that we’ve become very enamored of smarts. Listen to how people describe someone they admire intellectually. “She’s super-smart.”  “He’s a rock star.”

When this cult of smarts gets extended to its logical conclusion, you end up with someone like Colin. Colin graduated from an Ivy League school and landed as an associate at a blue chip strategy consulting firm. He did fine in the firm but grew impatient. Since he was a little kid, he had been told that he was exceptional. Now he had a few accomplishments to back it up. So he jumped ship and began a tech startup with a few friends from the firm and from B-school. They’ve successfully raised money and are in the process of scaling the business. Colin is active in the press, promoting their new service and talking up the business, often with dazzling effect.  No doubt he’s smart.

Behind closed doors, while it’s clear that he’s sharp-minded, he’s also very sharp-tongued. He dresses down colleagues, especially the junior associates they’ve recruited to their rapidly growing startup. When he interviews potential employees, he focuses on their raw intelligence – often as indicated by their scores on standardized tests, the schools they attended, and the companies they’ve worked for. He’s dismissive of anyone without his version of pedigree.

Colin is a perfectionist with staff, using them up like Kleenex. He breeds fear and competition in the organization. He’s smart, ambitious, and ruthless. His leadership platform is based on fear and on making everyone want to please him. It works to an extent. People jump. It’s just that sometimes they jump right off the cliff into all sorts of strange behavior as they respond to Colin’s pressure. They push customers, shift blame to colleagues, use and abuse vendors.

Flip over to Jim. Jim’s no dummy. He has several advanced degrees. But what’s most striking about him isn’t his “presence” or his hyped-up oratory. While he’s articulate, what’s most notable is how people talk about Jim when he’s not there. Yes, he has his detractors. He himself will tell you that with self-deprecating humor. But the general vibe about Jim focuses less on his smarts, and more on his character.

“He’s a good man,” someone will say. “People all around our community look up to him,” another will say. “He’s obviously intelligent, but he’s not about looking like the smartest guy in the room,” another will comment. They may not always agree him, but they believe that Jim is about doing what’s best for the institution.

Behind closed doors, you’ll hear a real person when you talk with Jim. He’s not above frustration or impatience or fatigue or even withdrawal in the rough and tumble of leading an organization. But what’s striking is that Jim comes back to center quickly. He listens. He’s open to influence. He owns his part of any challenges facing his organization and his relationships with colleagues. In other words, he’s human in the best sense of the word.

Colin may get more dramatic results in the short term. But you will see a trail of wreckage behind him as a result of his approach. Jim’s results may take a bit longer or be a little more understated. But given time, he’ll be able to attract high-character, highly talented people to his cause because of who he is and the thriving environment he creates.

Both will stamp their character on their respective organizations. One will be a force of nature, almost violent as it sweeps through the marketplace. The other will be a quiet, steady breeze urging the organization forward. It will be gentle, which a mentor of mine once beautifully defined as “strength under control.”

Smarts are useful. But the character and heart of an organization will have a lot more to say about its long-term impact than its collective IQ. Character drives the organization’s deepest beliefs and persistent behaviors. It’s what teaches salespeople how to interact with customers in ways that promote rather than tarnish the brand. It’s what teaches team members how to interact with colleagues when they get sideways with each other so that they can create more together than they would on their own. It’s what teaches leaders how to productively handle adversity or mistakes or embarrassing foul-ups.

Smart isn’t really the enemy of good. It’s only seen that way because we expect too little from those blessed with a high IQ or impressive pedigrees. So next time you’re faced with a decision – especially about who to select or reward or discipline – don’t only ask about the smart move. Ask about the good move.