The costs of this crisis are real and becoming clearer every day. Physical suffering for some. Loss of family and friends for others. Stress and strain and juggling responsibilities for most. Massive disruption for almost all.

But there are also surprising benefits. Many are getting time back that used to be consumed in commutes. Families are together in one space instead of being scattered. One dad told me about how he’s spending time each day throwing a baseball with his son, something they rarely had time for before the crisis. Another told me about how he was able to join in on a light-hearted video chat between his teenage daughter and his mother-in-law during a workday.

Look at your Personal Game Plan for the crisis. See if you can structure in ways to capture these collateral benefits that might create appreciation, connection, laughter, and even joy despite the crisis.

The costs of the crisis are baked in. Be sure to grab the benefits. 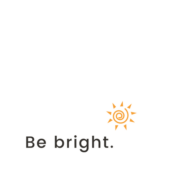