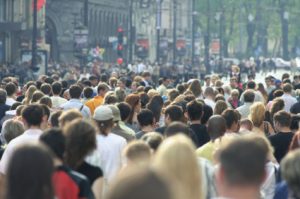 Do you want to be disappointed? If not, stop reading now.

For the two of you who continued, a word of background: I’ve been sitting on a draft of this post for six months.
An article in yesterday’s Wall Street Journal made me decide to actually post it today.  The article, titled The Sleepless Elite, talks about the few people in our world who are called “short sleepers” and rocketed to the #1 most-read spot on the WSJ website.

These are the folks who can go to bed after midnight and get up a few hours later with no cost to their mood or performance – day after day after day.  They can essentially break the laws of rest and rejuvenation – and come out better for it. We’re taught to admire and emulate them, like they’re a superior species.

But they’re not normal.  And if you read the article carefully, experts in the field say that for every 100 people who think they might be “short sleepers” (i.e. they can function very well on 5-6 hours per night), only about five really do.  The rest? Well, they’re normal.

And perhaps a little delusional. (And probably tired, but they’ll never admit that!)

I’m not at all surprised about this.  In my work with senior leaders and their teams, I run into a steady stream of people who think they’re anything but normal.  Perversely, this belief is partly responsible for getting them where they are – but it may also be getting in the way of helping them go where they want to go.  One of the things I sometimes have to point out to them, much to their great disappointment, is that they’re normal. They really hate that.

If you grew up, like most of us, in the sixties or later, you have been told constantly that you’re extraordinary and special, that there are no limits, that you can break the laws of gravity or strategy or relationships or budgeting.  I know.  I was told that too. But maybe we’re all better off when we realize that in most ways we’re normal – and we get on with doing great work that normal people would be proud of.