I have a confession. I hate making mistakes.  I try to avoid them. And I’d guess I’m not alone.

But I’m also wrong.  Mistakes aren’t always bad.  And in fact, they can be quite good.  I know this intellectually.  I know that we don’t learn without failure. I know that I remember lessons learned from failure a lot more than those learned from successes. I know that rolling up in a little ball of failure avoidance doesn’t work for anyone or any organization – it’s a sure path to mediocrity and stagnation.

But most of us still avoid failure like the plague. Why?

Maybe it starts in our minds.  If we see our work like most people see a piano recital, it’s tempting to do mistake-prevention.  We rehearse feverishly and if we’re not careful, we’re focused on not making mistakes – on getting the notes right.  Never mind that we’re not really making music? At least we’re not going to make any clanker mistakes. 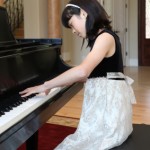 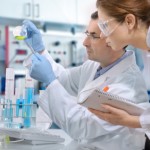 What if we thought instead about our work like it’s a vital research process – a race to cure a terrible disease, or an attempt to find that treasure that has eluded so many for so long, or a quest to have your audience really feel that piece of music like you do.  In that case, failure is simply part of getting to the right answer. Now we care less about whether we fail and more about how we fail.

We want to fail as inexpensively as possible and with the greatest possible Return on Failure – as measured by the lessons we have actually leveraged back into our organization. (Please don’t create lists of “Lessons Learned” after a failure and then shove them in a drawer – or publish them in an anonymous email, which is virtually the same thing.  That’s not learning, it’s filing!)

With that mindset and with those actions, maybe failure isn’t so bad after all.