Four Magic Words To Make Your Next Meeting Productive 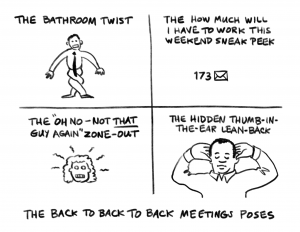 You probably hate meetings. But if you’re a leader, the fact is that you spend most of your time in meetings. This isn’t going to end. Stop lamenting that you want to get “real work” done. Most of your real work happens in a meeting. Which means you need to become an expert at how to have good conversations, mostly about understanding and solving big hairy problems. The easy challenges get dealt with elsewhere.

And yet most business conversations are horrible. I know. I spend my life trying to facilitate them. They’re lousy at least partly because most of us don’t know the four magic words. Here they are:

Come to think of it, that leads to four more words.

Since your perceptions are limited and your thought process may be flawed, I guess this could lead to another four words.

Snap! This means maybe there’s yet another four-word set to get us to a great meeting:

These magic words simply put an open mind into action. And open minds trump closed ones when you want to get things done.

So maybe your next day of back to back meetings doesn’t have to be miserable. Maybe you can help those meetings become productive, creative, and even *gasp* fun. It just takes four simple words…