An executive I was coaching needed to dig his way out of a serious credibility problem with his boss. When he had joined the company 18 months before, he replaced the entire team while his boss smiled and nodded her approval. Now, there was a culture of infighting and it was creating an environment that produced poor results. The boss wasn’t smiling anymore. This leader’s credibility stock was tanking with his team, his peers, and his boss. During our work together, he stopped me one day mid-session and said sardonically, “I’m waiting for the magic.” He wanted me to give him the simple trick for reversing his way out of a land-mined cul-de-sac.

He wanted a list. Steps he could cross off. Maybe something he could blame if he took those steps and still had a credibility hole. Like most of us, he wanted quick and easy learning.

Lists are great for some things: buying groceries, packing for a vacation. But if lists really had impact, we’d see an explosion of positive change every two minutes as people read the latest listy advice. 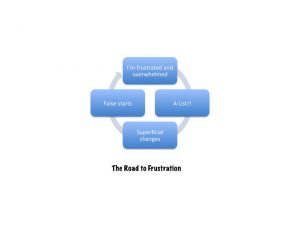 Most of the really important issues we face aren’t simple enough to be solved by a nice, neat list of actions. Instead they require a change in mindset and approach that can take months, years, even decades, to manifest. I made a list of those mindsets and approaches that you need to adopt. And I made a list because if I didn’t, you wouldn’t read this piece. But just so you know, I’m hating every minute of it.

Lists can make complex things appear simple. But we too often confuse simplicity with practicality. And there’s no replacement for hard work whether you slap that hard work into a list or not.