I heard with some sadness about the death of a legend the other day. One of my hobbies is wilderness camping and this grand old lady was a fixture in the Adirondack mountains near where I grew up. She had rich brown hair, perfect teeth, and piercing dark eyes.

The mountain legend’s nickname was Yellow Yellow and she was a black bear. While her obituary said she was of modest stature, I can tell you from personal experience that she was plenty big when she was 20 feet from me a couple of summers ago. We were squaring off over who was going to eat my dinner. She won the argument, though I later realized with smug satisfaction that the packet of freshly mixed freeze-dried spaghetti was so hot that she discarded it with only two tooth holes punched through the foil wrapper. She had stolen the meal but couldn’t use my spork, leaving her the tortured choice between a singed tongue or raiding a different campsite for dinner. Score one more point for opposable thumbs. 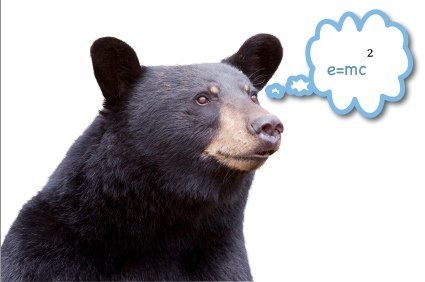 The next day, I sheepishly admitted to a ranger that I had lost a meal to a bear. After I described her to the ranger, he laughed and said, “Hey, don’t feel bad. We’ve all lost food to that bear. That’s Yellow Yellow. She’s a genius.”

He went on to tell tales of how Yellow Yellow had stolen food being used to bait a different problem bear right from under the rangers’ noses. Of how she had found ways to beat every single “bear-proof” canister invented by man by jumping on them, rolling them down hills, even sending them down rapids. Only one brand had a decent record against her, and even that brand wasn’t foolproof.

Yellow Yellow was a master of learning. Other bears were bigger. Other bears were more aggressive. But she learned and adapted and figured out ways to get free dinners over and over for 20 years. That’s an impressive record of mooching.

Most companies have at least one Yellow Yellow hanging around. They’re often out in the field, coping with problems posed by customer or technical problems that people at headquarters haven’t even considered.

I met a salesperson last year who is a total Yellow Yellow. No matter how challenging the sales environment he was thrown into by his company, no matter how little training he received – and sometimes in spite of the training he received – he figured out a way to be successful. He studied his colleagues and customers. He experimented with things as mundane as what clothes he wore when he went on sales calls. He refined. He puzzled. He mastered. And properly leveraged, he’s worth ten normal high performers because he helps his employers chart new territory.

So here’s a thought. Rather than sitting in rooms hoping you’ll come up with brilliant solutions to persistent problems, why not get out to visit your Yellow Yellows? Study them. Watch them searching for the keys to cracking open that pesky challenge. Try to understand how they think and work. Figure out what they’re doing that others could easily adopt. Enlist their support.

How do you find a Yellow Yellow? It’s deceptively simple: