How Big Is Your Box?

A while back, I heard a talk by a person who had been a personal adviser to one of our country’s presidents.  He talked about going to the Oval Office – commonly referred to as the most powerful office in the world – and being struck by how limited a president’s power really is.  Without Congress, the judiciary, his cabinet, and his political allies, this politician’s power looked a lot smaller than we might think.

The fact is, nothing is further from the truth.  Everyone lives in an influence box with limits on what they can and can’t do.  It’s just that the limits aren’t always terribly clear… that is, until you find one!  You thought you could make a certain decision or go in a certain direction or open up a certain line of questioning in your organization – and then, bang! – you bump into the edge of your box. A boss or board member or colleague says, “Whoa! What are you doing? That’s not going to happen…” 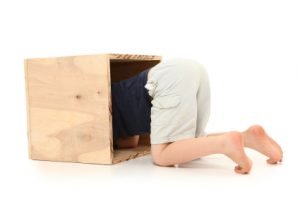 Of course, this happens most to leaders who have joined a new company or have been promoted into new roles.  But it can happen to anyone. (While frustrating, I’d argue it’s often a good thing because it shows that a leader is taking initiative and pushing boundaries.)

The natural questions for any leader are simply:

How would you answer those questions?