How Slowing Down Helps You Become Your Best Self

Once you decide you’re going to go for it, to become who you were created to be instead of just churning away at the next accomplishment, you’re enrolling in a class of sorts. Getting durable change from that coursework is going to demand building some new habits and breaking some old ones. Among the most foundational of the habits you’ll probably need to learn is the practice of slowing down. I know this because I see it every day.

I know a successful executive who has enough money never to need to work again, but is in a hurry to get a new job after getting laid off because she fears the loss of status and purpose a big job brings. She’s tempted to miss the gift of a half-time reset in her life.

I know a high-powered young leader who hurries because he loves being seen by his bosses as the “get-it-done” guy. In his haste, he’s tempted to alienate his colleagues. If he’s not careful, he may not have anyone on his side in his rise to the top job.

I know a senior executive who hurries because he has a hard time saying “no,” resulting in a too-long list of goals. He’s tempted to load more on his plate and to burn out his best people as they vainly try to meet his unrealistic expectations.

These are all decent people. I enjoy their company. But I’m guessing many around them feel starved for their 100% attention. It’s hard to be present when you’re trying to avoid careening off the road, figuratively or in real life.

I was once asked why I hurry so much. Once I slowed down enough to care, I played the Five Why’s game to get at the root causes of my hurry. In the end, it took me six why’s to get to the bottom of it. See if any of these reasons are like yours.

It doesn’t take too many steps down the root cause staircase to see that I hurry because I’m anxious that I’ll be alone and without enough financial and social resources to face the world. That’s crazy since I’ve always had enough of both. But who says hurry is rational?

I’ll bet you have your own reasons for hurry. What does your root cause analysis look like? Why not slow down for a minute and ask your own Five Whys? Right now. Really, I can wait.

Speed kills. Deep down, we all know this. We know it on the highway. We know it at work as we dash from meeting to meeting. We are constantly subjected to messages about how virtuous it is to go faster, how speed is a sign of competence. But we all know that unchecked speed leads to all sorts of disaster. The human being and our workaday home – the human organization – simply cannot avoid crashes if it’s pedal to the metal all of the time.

The dangerous thing about haste is that when we’re in the hurry cycle we have no time to notice why we’re there. We get lulled into the false sense of importance that comes from swerving through traffic, of shaving two minutes off the time projected by Waze for our arrival. “Now that was a productive commute,” we say to ourselves no matter how many traumatized people we leave in our wake.

The ugly thing about hurry is that we can easily build our schedules and lives on the lie that we’re the center of the universe. We can believe that we don’t have time for a friendly glance or to notice someone who needs help. We can fail to notice when a colleague has something important to say. We cut people off in traffic and in conversation. We listen poorly as the internal voice says, “Come on. Hurry up. Finish what you want to say so that I can make my point.”

Hurry leads me to be my worst self and feel smug about it.

Hurry may be one of the biggest barriers you’ll ever face to becoming who you were created to be, the excuse of all excuses. Anyone serious about becoming their best selves will start with dealing with their own personal sense of haste.

How do you beat hurry? Here’s a soul experiment: live deliberately for one week. Choose one or two of these ideas and give it a try.

I promise this will not be easy. It may require you to rewrite some of the narratives about how important you are or how vulnerable you are. It will require you to say no to some activities or patterns so that you can say yes to a life free of hurry. But you might find it strangely wonderful. You might discover the person you were created to be coming out to play in the world. You’ll definitely want to slow down and enjoy that when it happens.

Who knows? Maybe you’ll want to extend the experiment from a week to a month? Could it become a way of life? 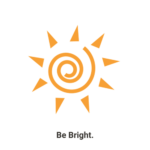