I know a consultant who made a huge mistake by being normal. He was working with a rapidly growing client.  This organization was still in the early stages of penetrating its target market and was eager to go from an unknown to a household name as quickly as possible.

The consultant was well networked in the client’s market and happened to know senior people at a prominent trade group.  Knowing that getting exposure to the industry through this trade group could be a huge boon to the client, the consultant offered to make an introduction.

Everything looked rosy… until the consultant threw in one little detail.  In return for making the introduction, he wanted to receive some sort of compensation. “I’m not sure what compensation is right, but I think I should get something,” he said. Suddenly, the not-so-pleasant aroma of stinginess filled the room. 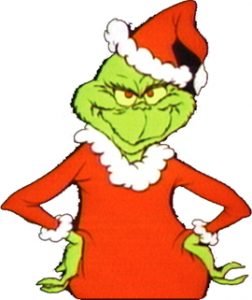 Pure generosity is rare – and I wish I gave it more often myself.  It’s easy to spend your life with a mindset of “I have to take care of myself.” This is, after all, the unwritten rule of our world.

What if we made 2013 the year of rebelling against lousy unwritten rules? Try these on for size:

Here are three joys Grinchy people and stingy companies miss out on every day by being self-serving:

So here’s something to think about. What opportunity do you have to practice Generosity this season and in the coming year?

The Christmas story is not only about Santa and elves or even my childhood favorite Grinch, though the original St. Nick was a pretty radical guy. At its core, it’s a story of an invasion and an overturning of the way things are so that a better way can rule. It’s a story of insane generosity. Let’s cooperate with that and see where it takes us.