Why Respecting Sales is One Key to Growth 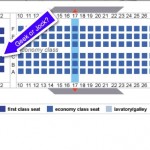 Planes are funny places. Through the roulette of arcane airline seating procedures, you can wind up next to all sorts of people.  For fun, I sometimes try to guess within 2 minutes which social group the person next to me ran in when they were in high school or college.  If I get lucky and get upgraded to first, chances are I’ll be next to a geek.
Geeks rule the world.  It’s not just Bill Gates, Mark Zuckerburg, and the late Steve Jobs – all celebrated geeks who are synonymous with some of the most influential companies of our time.  It’s the countless ex-McKinsey consultants who inhabit the C-suites of major companies. It’s the top-of-their-Ivy-League class MBAs who pull the strings of financial firms and consultancies. It’s all of those Harvard kids who proudly wore t-shirts saying “we are the 6%” to the Harvard-Yale game this past fall.
Let’s give it up for the geeks.  They took their licks in high school when the jocks ruled the hallways despite their often less-than-stellar academic performance. Geeks knew it wasn’t fair – that they worked harder, achieved more academically, and truly grasped differential equations while a kid who threw a perfect spiral got elected homecoming king.  They had a fair bit of contempt for those jocks mixed with grudging respect for their social and athletic skills.

Now that the geeks rule, they’ve found a useful function for the jocks. They stick them in sales. After all, many geek-execs have the same grudging respect  for salespeople that they had for the jocks in the past.  (Well, Steve Jobs apparently didn’t even have grudging respect but that’s another matter.) They see salespeople as not particularly smart, coin-operated (just give them money and they’ll run just fine), and replaceable.  They require academic pedigree for their technical and executive team positions. For sales, they’re happy with a glad-hander from a state school.

This can appear to work just fine for a while.  Sales roll in and the geek-execs get back to what they consider real work – inventing, modeling the numbers, fine-tuning spreadsheets.  But willful ignorance has a way of coming home to roost eventually.  In this case, it often happens when the sales organization needs a leader, either because of the organization’s growth or because a sales leader moves on. Too often, organizations then take their best salesperson and make him or her the head of sales.

It doesn’t take a genius (irony intended) to predict that this might end badly.  The skills required to sell something to a prospect differ dramatically from the skills required to run an organization.  But take willful ignorance and add a dash of contempt and you’ll do things that will make you scratch your head in hindsight.

After a while with a super-salesperson in a key sales leadership role, you’ll probably see some of these symptoms:

You get the idea. The details may be different, but the organization is lurching from one tactic to another, hiding behind a veil of activity. The fundamental issue is that the sales organization is a bunch of independent sales operators loosely held together by an organizational chart.

There’s a better way. A much better way. But it requires thinking of the revenue generating effort (notice I didn’t say just the “sales organization”) as a system.  That’s a lot harder – and yes, requires a lot more “smarts” – than punting the sales organization to a super-salesperson.  It may require combining the people smarts of the sales professionals and the systems/strategic smarts of technically-minded leaders.  It will definitely require dismissing all ancient contempt for sales, jocks, and the art of doing the deal.

Only when we become learners can we take steps toward the kind of consistent success that will make all of us – geeks, jocks, and those in between – proud.